How much do Uber Eats couriers earn? What rates can they expect in each voivodeship? Find the answers to these questions on our interactive maps! 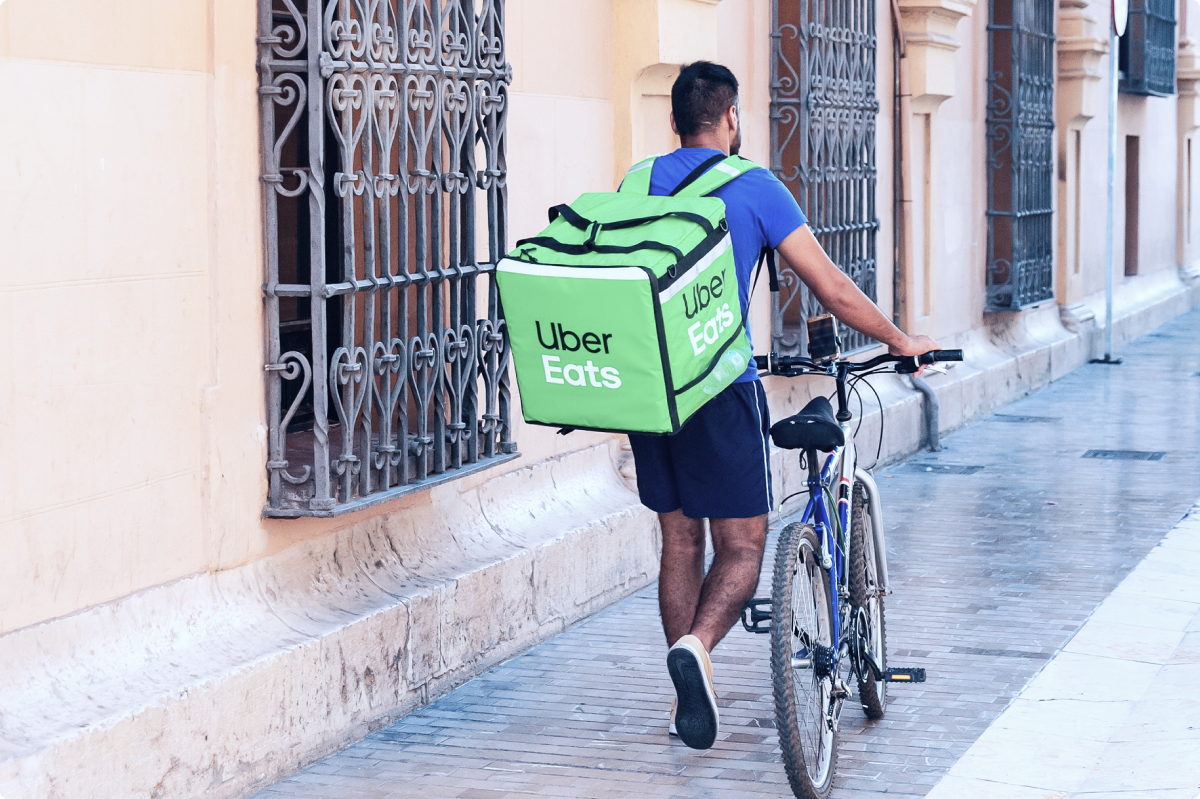 Find out how much Uber Eats couriers earn and what rates they can expect in each voivodeship. Last update: 3 January 2023.

Uber Eats is a food delivery platform that has been operating since 2014 and is part of the US company Uber's portfolio. The service is currently available in more than 100 Polish cities. We checked where the highest Uber Eats rates are - we were able to determine the average earnings in 2023 based on information obtained from 255 people. Do you want to become an Uber Eats courier? Be sure to check out where it pays the most!

From this text you will learn:

How much does Uber Eats courier earn in 2023? Summary

Based on our data, earnings in Uber Eats in Poland in 2023 are on average 20,85 PLN gross per hour and 11,89 PLN gross for a single order. By working the proverbial 40 hours a week, you can therefore earn around 3500 PLN - 4500 PLN a month.
‍
You'll see the average Uber Eats rates by region in our interactive maps below. The maps showing Uber Eats earnings will be constantly updated, so if you are planning to earn through this popular app, save this article and take a look at it in some time.

What is Uber Eats?

Uber Eats is a service that allows you to order food with delivery via a mobile app - including the same one used to order rides. This distinctive feature of both Uber services makes them increasingly popular. For those looking to earn money, it means that all it takes is a one-time registration to earn money as both a courier and a driver.
‍
Uber Eats has been operating since 2014 and is currently available in 45 countries around the world. It launched in Poland in 2017 - since then, the app has gained popularity in more than 100 towns and cities.

Appjobs is the only partner on the market that offers daily payments!
Work with us  trending_flat

How much can you earn with Uber Eats? Wages in 2023

Uber Eats is a solution that more and more people are opting for. Being able to earn money as a driver and food delivery person through one app means that more and more people are looking to make extra cash with Uber. We decided to find out how much you can earn with Uber Eats and where it pays the most.
‍
As we mentioned, Uber Eats currently operates in more than 100 Polish towns and cities, working with more than 7000 restaurants. Based on data obtained from 255 people, we have prepared statistics from which you can find out what the earnings in Uber Eats look like per hour and per single order.
‍
Our statistics cover 13 out of 16 Polish regions - due to insufficient data, we did not include the Zachodniopomorskie, Dolnośląskie and Opolskie voivodeships. The maps you will find below will be updated on a regular basis.
‍
Remember that the presented Uber Eats earnings are gross amounts, including tips and all kinds of extras such as quests, as well as 23% VAT due to the tax authorities. 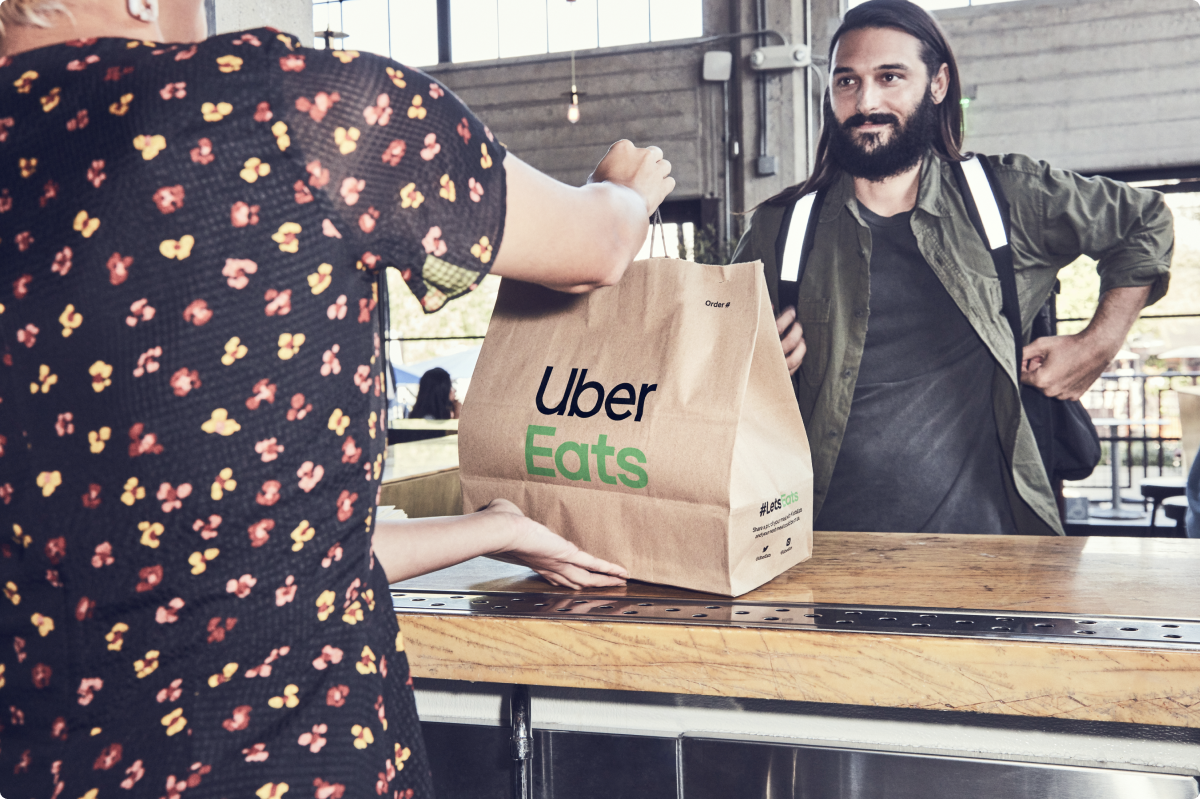 Source: Uber.com
Sometimes, for an Uber Eats courier, earnings per single order can be more important than hourly pay. This is especially the case for those who only take orders occasionally, to supplement their paycheck. According to our statistics, the average pay per order in Uber Eats in Poland is 11,89 PLN gross.

Where is the best pay for a single order in Uber Eats? Earnings are currently the highest in the Warmińsko-Mazurskie voivodeship (16,72 PLN gross per order). The worst result is again achieved by Lubuskie voivodeship, where the average earnings in Uber Eats are only 8,96 PLN gross per order.
‍
Above the average were the Łódzkie (13,45 PLN), Mazowieckie (12,60 PLN), Podlaskie (12,39 PLN), Podkarpacie (12,14 PLN) voivodeships as well as the Pomorskie Voivodeship with an amount higher than the average by 3 grosze (11,92 PLN). The Kujawsko-Pomorskie (11,40 PLN), Śląskie (11,39 PLN) and Dolnośląskie (11,35 PLN) voivodeships were still below the average, with a minimal difference. In the remaining regions, Uber Eats rates per order are less than 11 PLN gross.
‍

Increase your Uber Eats earnings by up to 25%!

Only 22 PLN fee per billing of ALL apps, free payouts, additional challenges and work assistant features.
Work with us  trending_flat

Uber Eats - earnings. Where should you search for orders?

You already know how much an Uber Eats courier earns in each region. It is clear from our statistics that the best earnings can be obtained in the Łódzkie and Kujawsko-Pomorskie voivodeships.
‍
For some people, these results may come as a surprise: after all, cities in these regions are smaller and far less besieged by tourists than Warsaw, Kraków or Wrocław. Remember, however, that the larger the city, the greater the competition, which may translate into difficulties in obtaining orders, as well as lower rates.
‍
It is fair to say that, compared to Glovo or Wolt, which we have described in separate articles, the earnings at Uber Eats do not look very attractive - especially considering that they include 23% VAT, which has to be paid back to the tax office.

Uber Eats earnings - how to monitor them?

You may decide to earn on both Uber Eats and Uber or even other apps. If you want to comfortably check how much you have earned on each of these platforms, use Appjobs Work.
‍
Our app will allow you to comfortably monitor your earnings not only on Uber Eats, but also on other apps. It will allow you to 'get a grip' on gross and net earnings, tips and all kinds of bonuses on top of your paycheck.